Breeding and Behavior Codes provide a way for birders to document the breeding activities of birds around the world, providing crucial information for research and conservation globally. Our goal is to collect information about the timing and locations of bird breeding behavior on a year-round and worldwide basis. 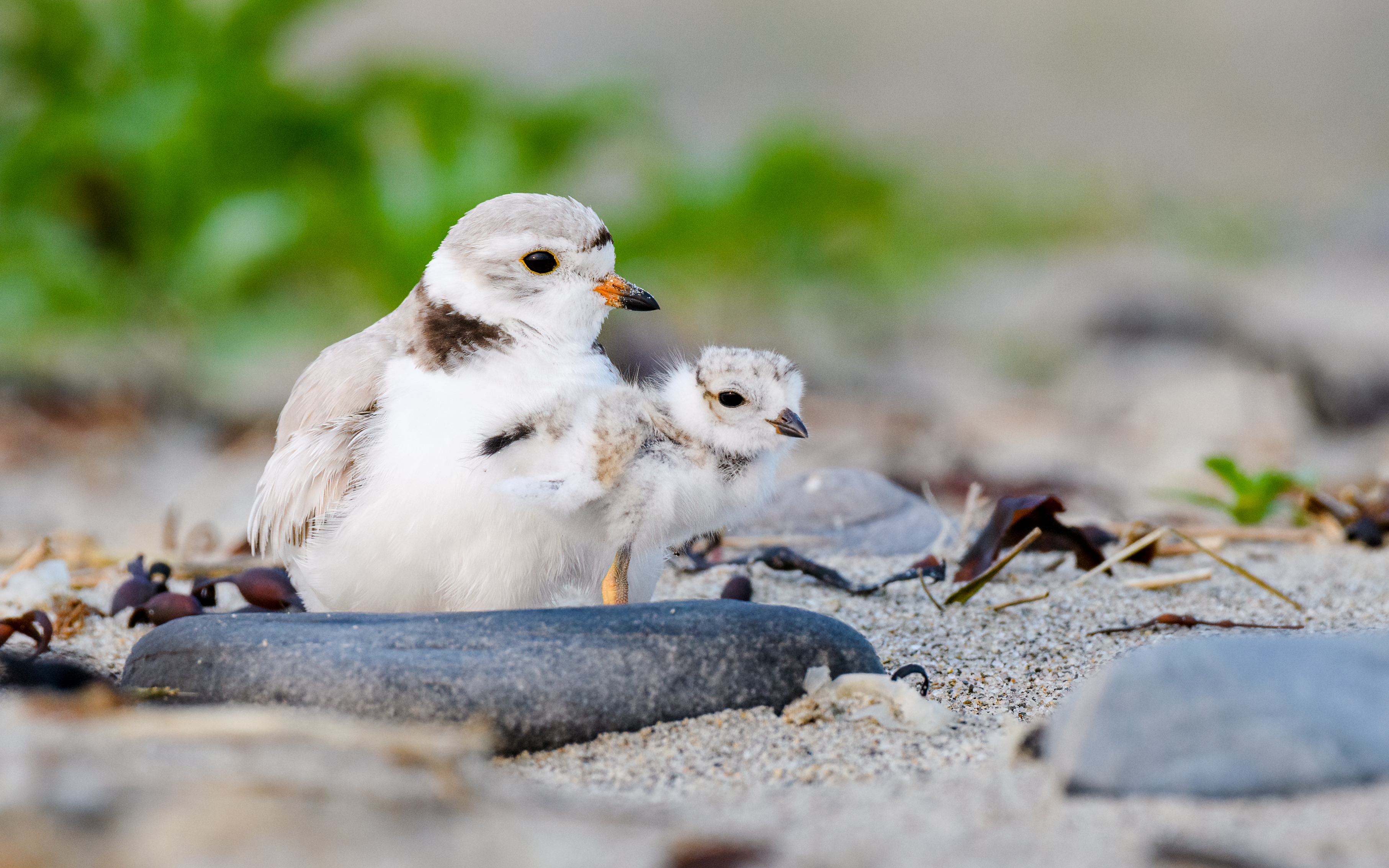 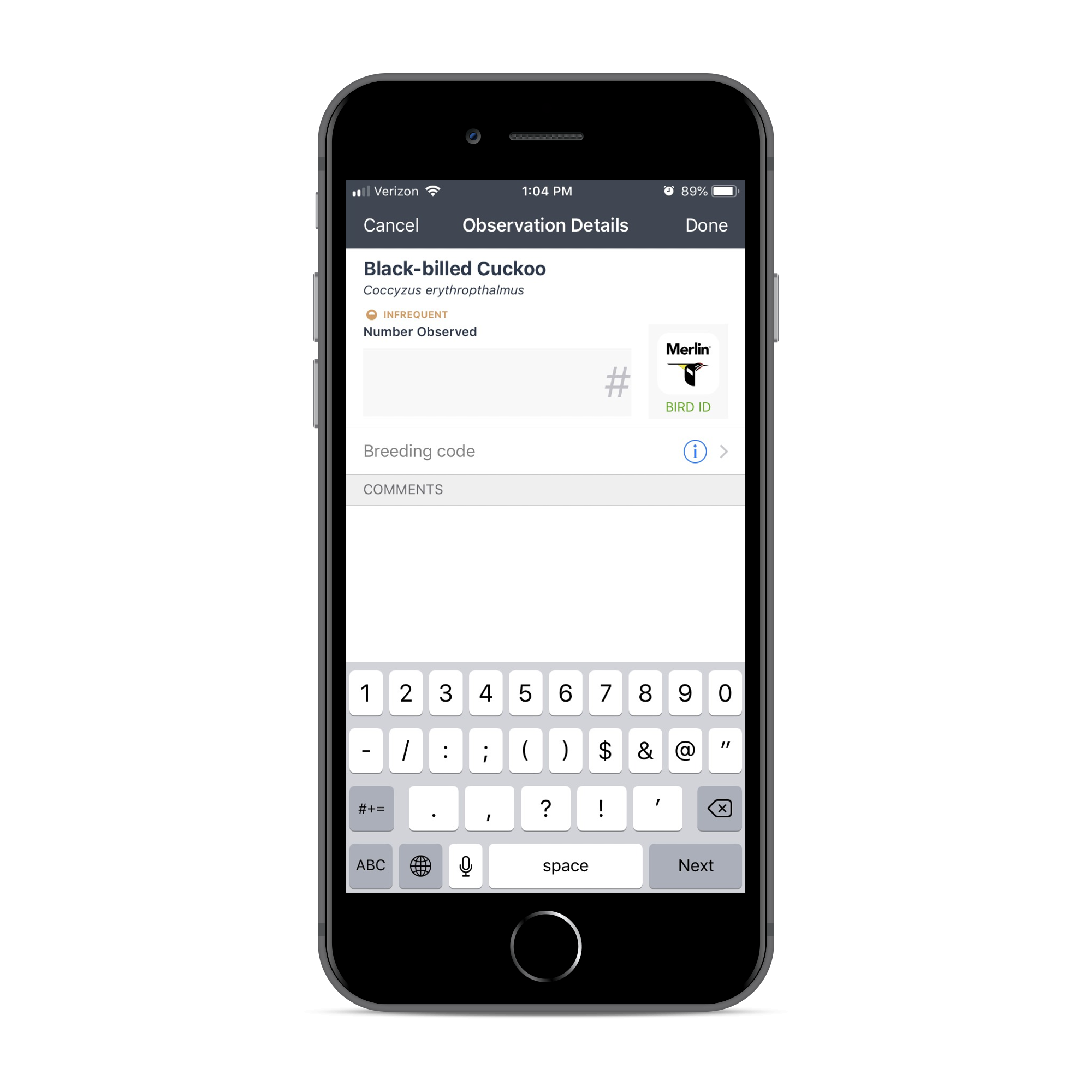 To enter these codes on eBird Mobile, tap a species name to pull up the “Observation Details” menu, tap “Breeding Code” to access the menu, and then choose the highest-ranking code from the list (the lower down, the higher-ranking).

You can also add these codes from the eBird website as you enter data on Step 3 or by clicking the “Edit Species” button. Once you’ve found the species you want to enter a code for, click the "Add Details" button next to the species in the checklist, select "Breeding Code" from the tabs that appear, and then choose the highest-ranking code that you observed for that species on this checklist.

Note: you can access your collected breeding code information from each checklist's observation report and through "download my data.” Using the download option allows you to see all breeding records that you have submitted to date.

These are the definitions for our breeding codes and how they should be used. These codes generally describe behaviors that signify breeding. Specific projects (e.g., eBird Atlases) may suggest using codes only during certain times of year or situations. Please refer to specific project guidelines if you are participating in that project. If you are unsure which code to use, do not record a code but put notes in your species comments.

If I see a nest of birds, should I include the count of the adults and the young in my eBird submission?

Yes! Any bird that has hatched from an egg should be counted in your eBird submission.

If I see a nest with eggs, should I count the eggs towards the count of the species in my eBird submission?

No! Eggs are not yet birds, so please do not count them. We encourage you to enter a species comment and upload a photo of the nest/eggs, but do not add them to the tally for the species.

If I see baby grouse, baby geese, or baby shorebirds that cannot yet fly, what code should I use?

Use "FL". They are fledged in the sense that they have left the nest, which is typical for the young of “precocial” species. "FL" should be used until young birds become independent of their parents, since it is safe to assume that they are near the nesting site until that point.

How do I know when to use P and H?

These categories should be used whenever one or more birds are observed in appropriate breeding habitat and within breeding range. A Marsh Wren in a dry grass field would not qualify, nor would a Sedge Wren on its wintering grounds on the Texas coast, but a Pine Warbler in pine trees within its breeding range would. If you are unsure, do not record a code but put notes in your species comments.

eBird data quality is of utmost importance, and every checklist and observation goes through a multi-layered data quality process. In regions where there is an active eBird Breeding Bird Atlas (BBA), there is also a review process specifically for breeding and behavior codes.

In eBird Atlases, teams led by atlas coordinators will evaluate observations with breeding and behavior codes in ways that include:

No review action is taken on the record: it appears across eBird on maps and tables of breeding codes, and is available in data downloads for researchers with both a “breeding code” and a “behavior code” component. The display of this outcome when viewing the checklist is of a single code titled “Breeding & Behavior Code.”

A new code focused on breeding meaning is attached to the observation: the originally reported code is used as the “behavior code” (available in data downloads for researchers), and the post-review code is used as the “breeding code”, appearing on maps and tables of breeding codes, and available as “breeding code” in data downloads for researchers. The display of this outcome when viewing the checklist is:

A new breeding and behavior code is attached to the observation: the new code appears across eBird on maps and tables of breeding codes, and is available as both “breeding code” and “behavior code” in data downloads for researchers. The display of this outcome when viewing the checklist is:

Specific examples of Outcomes 2 and 3

Since Outcome 1 is the majority of records in any given atlas (millions of observations), examples focus on Outcomes 2 & 3 in which review decisions have been made.