All of eBird's tools require a standardized taxonomy—a shared understanding of what each bird name means. If we don't all mean the same thing when we say "Peregrine Falcon", it's impossible to compare records from around the world. This page explains the details of all the different aspects of our taxonomy.

In addition, every bird (and known organism!) has a scientific name. These names reflect the evolutionary history of bird species, allowing us to logically trace their relationships and ancestry. Scientific names include a Genus name, which may be applied to several species (e.g., Junco), and a species name (e.g., hyemalis). The two names together describe a unique species (e.g., Junco hyemalis). A subspecies is a recognizable form within a species that interbreeds (more or less) freely with other members of the species. Subspecies names are added following the species name, so Junco hyemalis carolinensis describes the southern Appalachian subspecies of Dark-eyed Junco.

The eBird taxonomy includes every field-identifiable taxon relevant for birders to report. These taxonomic categories are dealt with differently in eBird output and are clearly indicated in the downloadable file below. The eight eBird categories are:

See below for additional information on each category.

Our species and subspecies taxonomy uses the Clements Checklist, a global bird taxonomy which follows regional authorities. In the New World, the Clements Checklist largely defers to the two AOS committees–the North American Classification Committee (NACC) and the South American Classification Committee (SACC)–with the goal of near-complete compliance. The few departures are listed in detail in Appendix A (NACC) and Appendix B (SACC).

The eBird taxonomy (v2018) is current with Clements v2018 which is itself current with the 60th supplement to the AOS-NACC Check-List and the AOS-SACC Check-List through 6 Jun 2019 (The NACC issues updates once a year in August, whereas the SACC updates their taxonomy continually.) Clements updates occur once a year in the late summer/autumn, are documented in full, and can be downloaded here. eBird taxonomic updates coincide with Clements updates in August.

or a group of subspecies which we define: 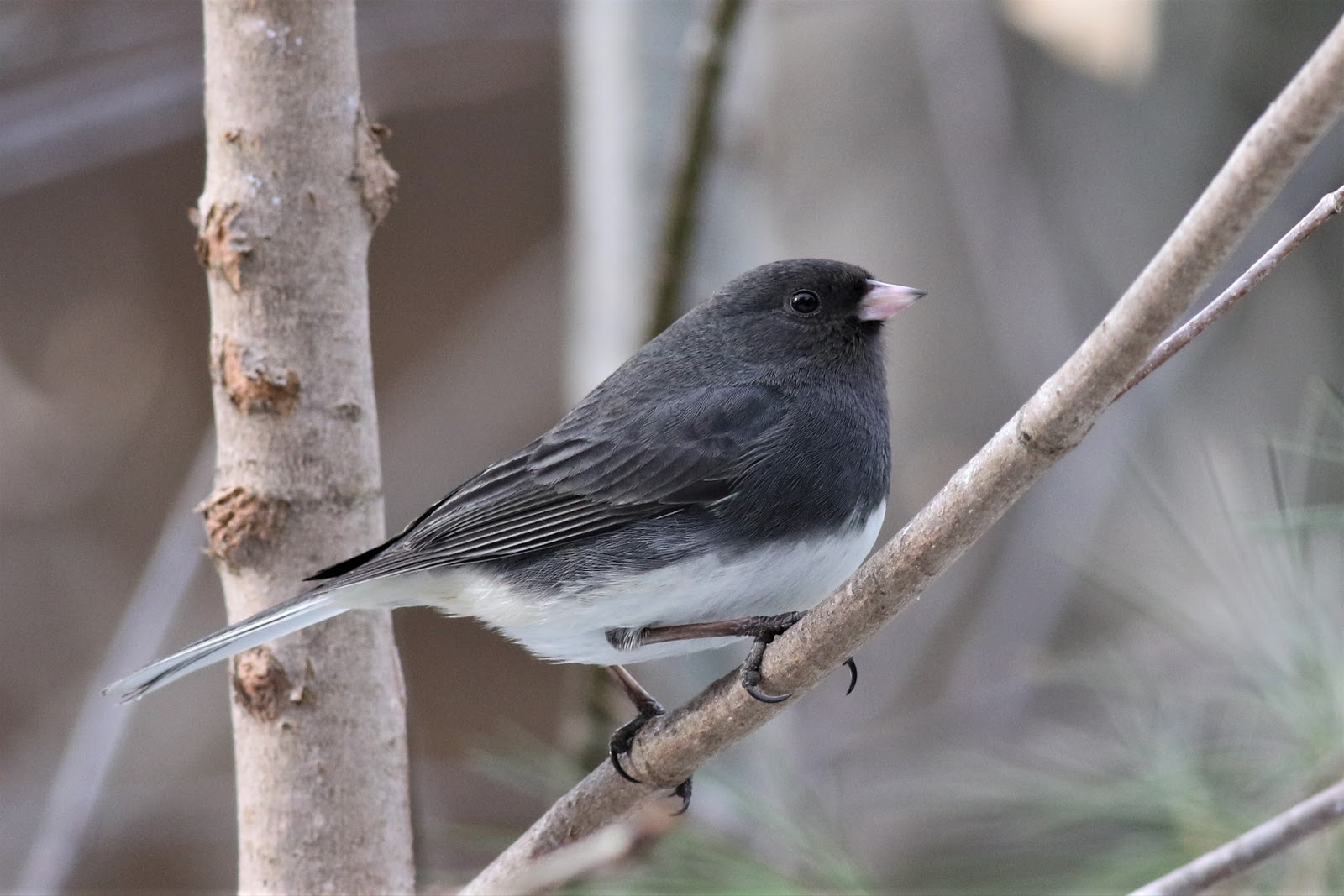 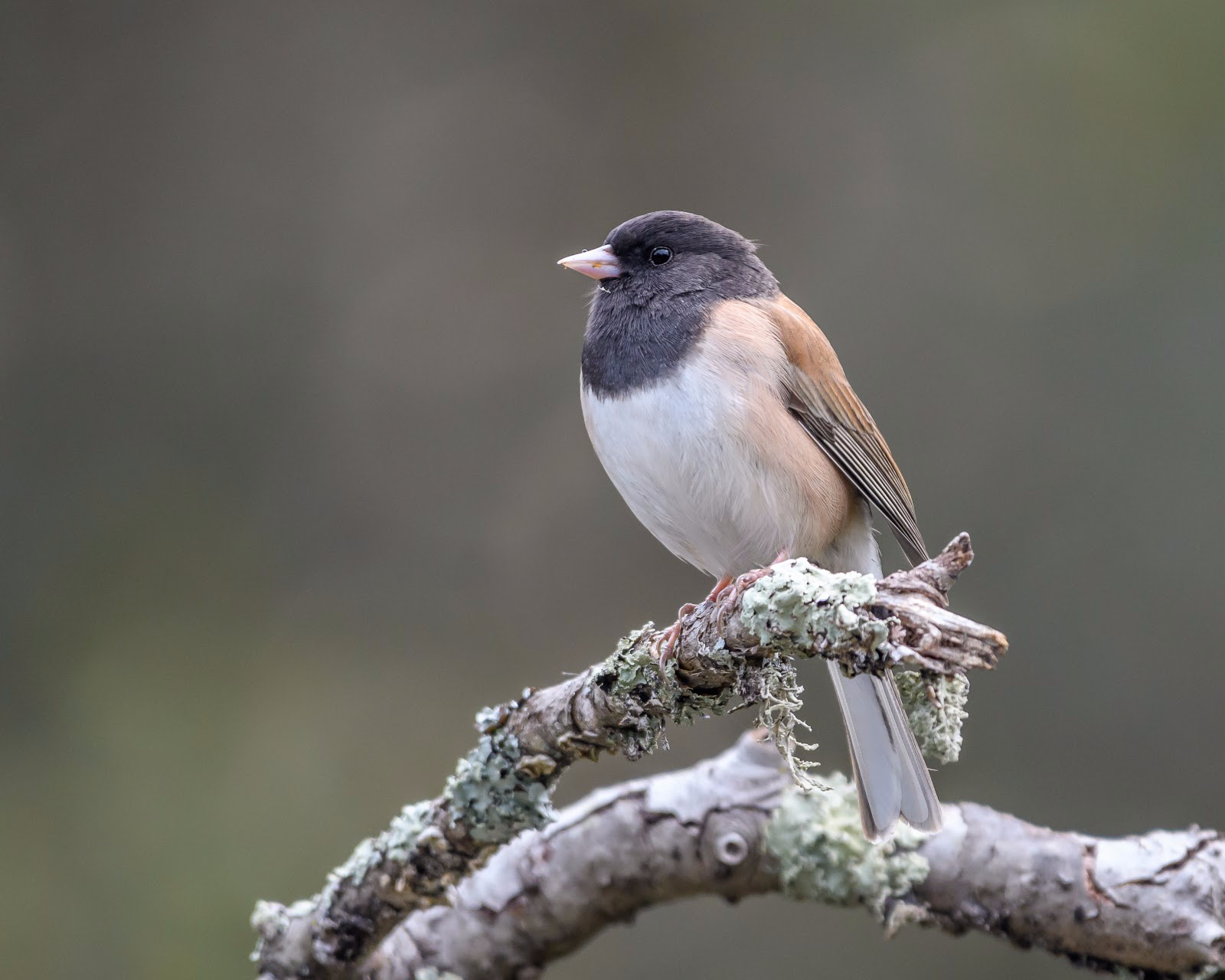 These groups allow eBirders to note identifiable differences and study the distribution and abundance of different subspecific forms where they both occur. Not only can this information be helpful to researchers and conservationists, but if the group is later split, eBird will automatically update your lists for you. For example, if you live in Texas, where Yellow-rumped Warblers could be either the Myrtle or Audubon's subspecies, what will happen when they are split? Any sightings you enter as "Yellow-rumped Warbler (Myrtle)" will be moved to the new species "Myrtle Warbler" and likewise for Audubon's, but any sightings you entered as just "Yellow-rumped Warbler" would become a slash: Myrtle/Audubon's Warbler.

We encourage eBirders to use these groups to report whenever possible; you can always add any species or group to your checklist by searching the full taxonomy on eBird Mobile or using the “Add a species” box on the web. If you are not comfortable, or do not understand what the subspecies group refers to, just enter your sightings at the species level.

We include known hybrids from the wild that are frequent enough and distinctive enough to be reported by birders. These range from common hybrids like "Western x Glaucous-winged Gull" and "Eurasian X American Wigeon" to much rarer ones like "Berylline x Rivoli’s Hummingbird" to "White-throated Sparrow x Dark-eyed Junco." Note that hybrid names follow taxonomic sequence, with the first species in sequence coming first in the hybrid name. You can review available hybrids by searching for “(hybrid)” in the “Find a species” text box during checklist entry. 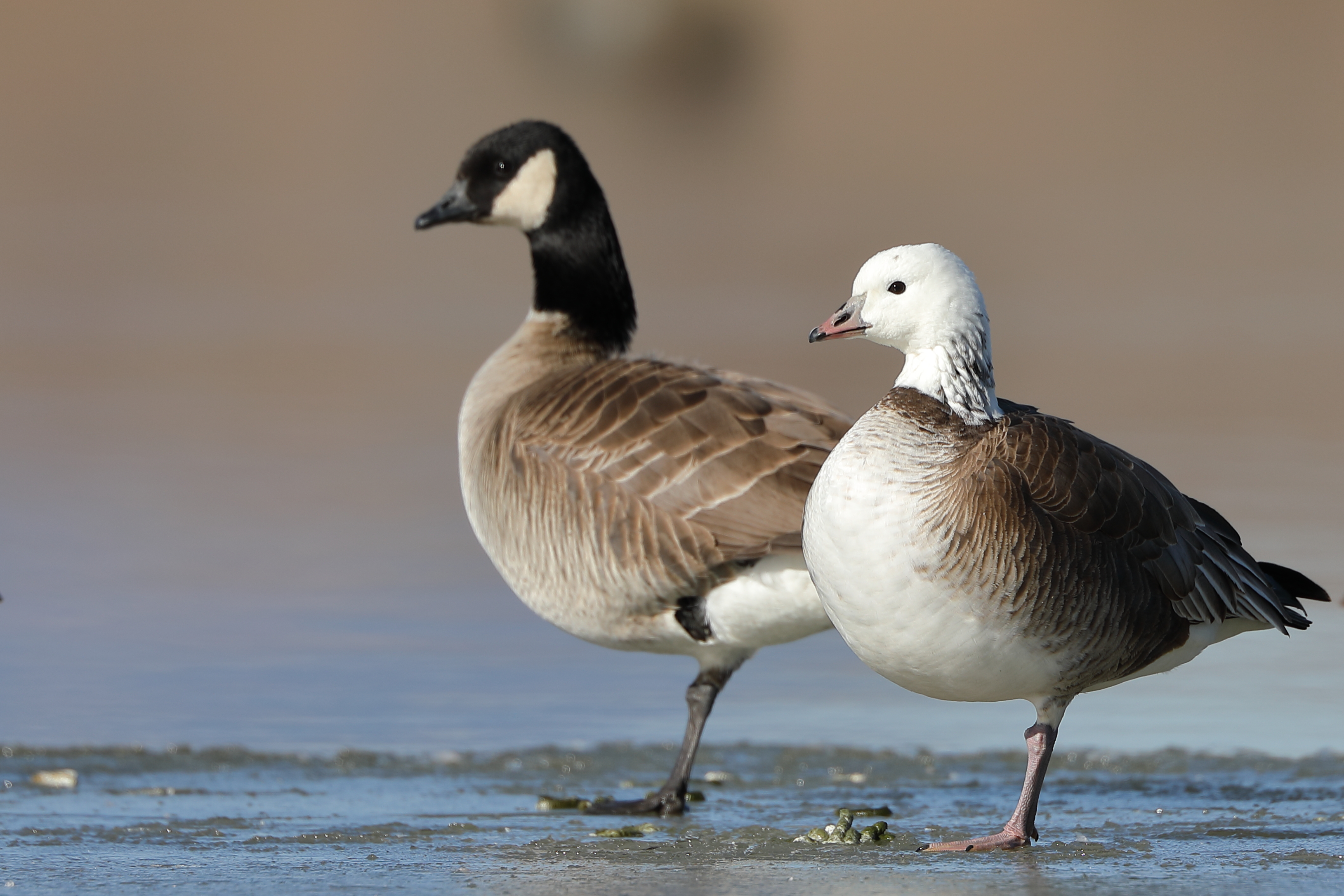 We also include intergrades, where hybridization between two subspecies or ISSFs produces an identifiable cross. For example, since the two forms of Green-winged Teal (American and Eurasian) are distinctive and each is treated as an ISSF in the eBird taxonomy, we consider the hybrid result of a mixed pairing to be an intergrade.

Every time you go birding, you’ll see some birds that you can’t identify. eBirders can log these uncertain sightings in eBird using ‘spuhs’ (e.g., hawk sp.—an unidentified hawk), or ‘slashes’ (e.g., Greater/Lesser Scaup—a duck that you knew was one of these two species, but not sure precisely which). 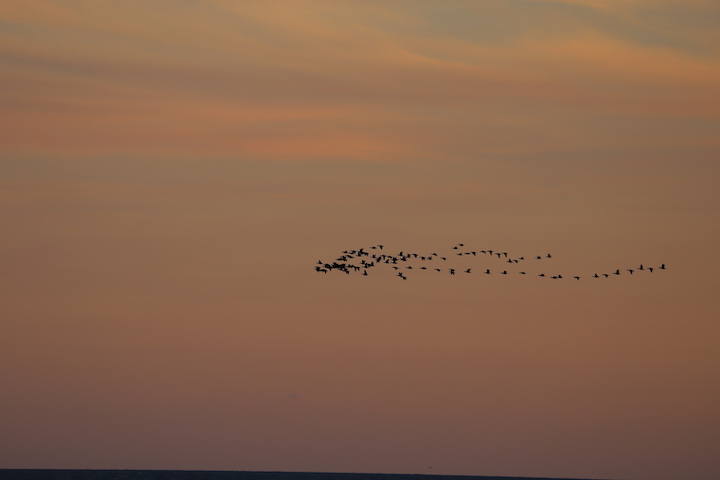 We encourage eBirders to make use of these options. Spuhs and slashes help us know when there are individuals or aggregations of birds that are just too far away or briefly seen to be identified, allowing us to differentiate when a species may be there (but was too far or too difficult to identity), from when it truly was not there.

We include options to enter free-flying individuals of domestic stock. Note that domestic types in eBird are phenotypes, and thus are identifiable as birds of domestic origin by field marks not typical of wild populations. “Domestic type” always refers to a distinct lineage and is not a value judgment, so it *should not* be used to report birds that are identical to wild birds but that you presume to be escapees from a cage or pen. 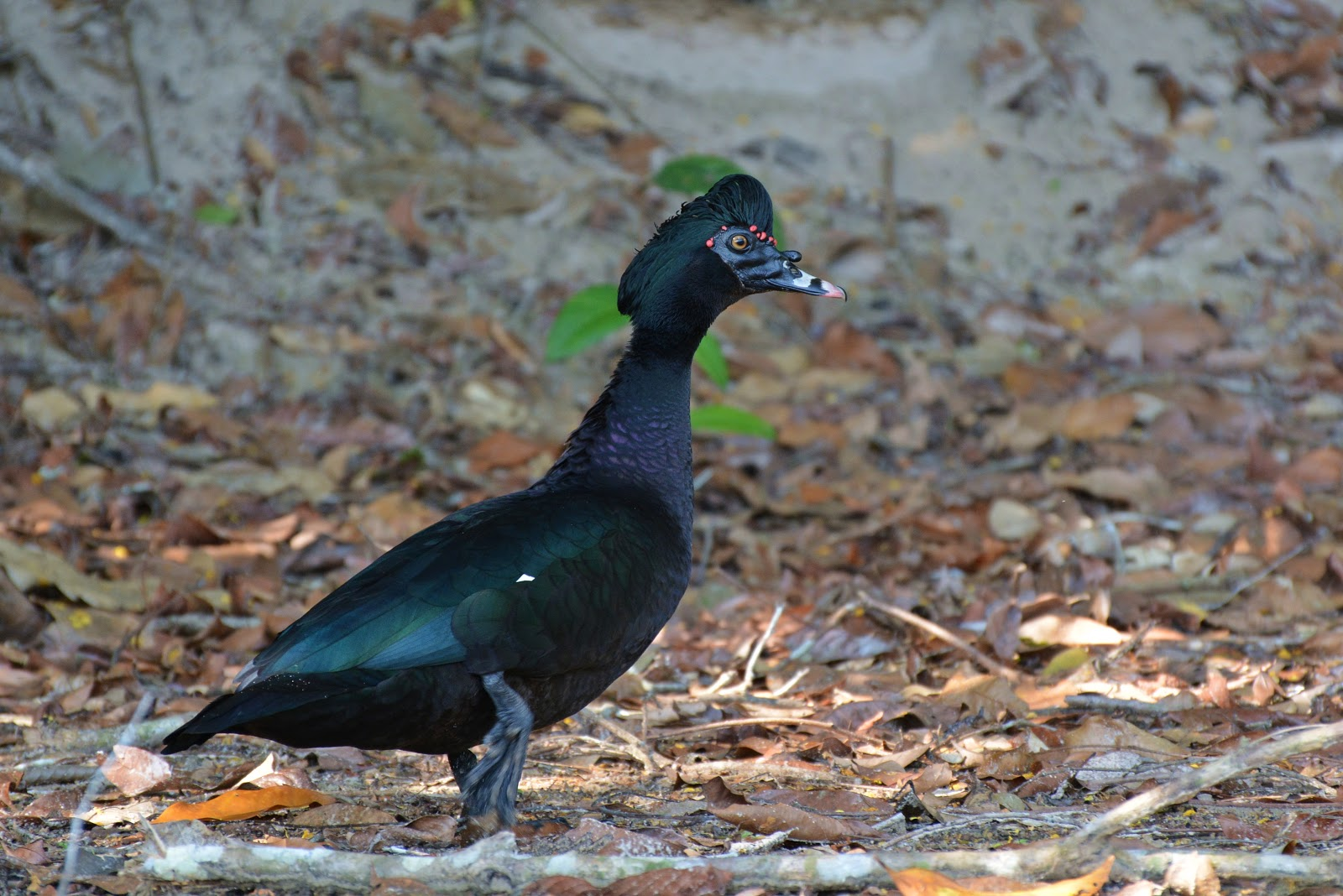 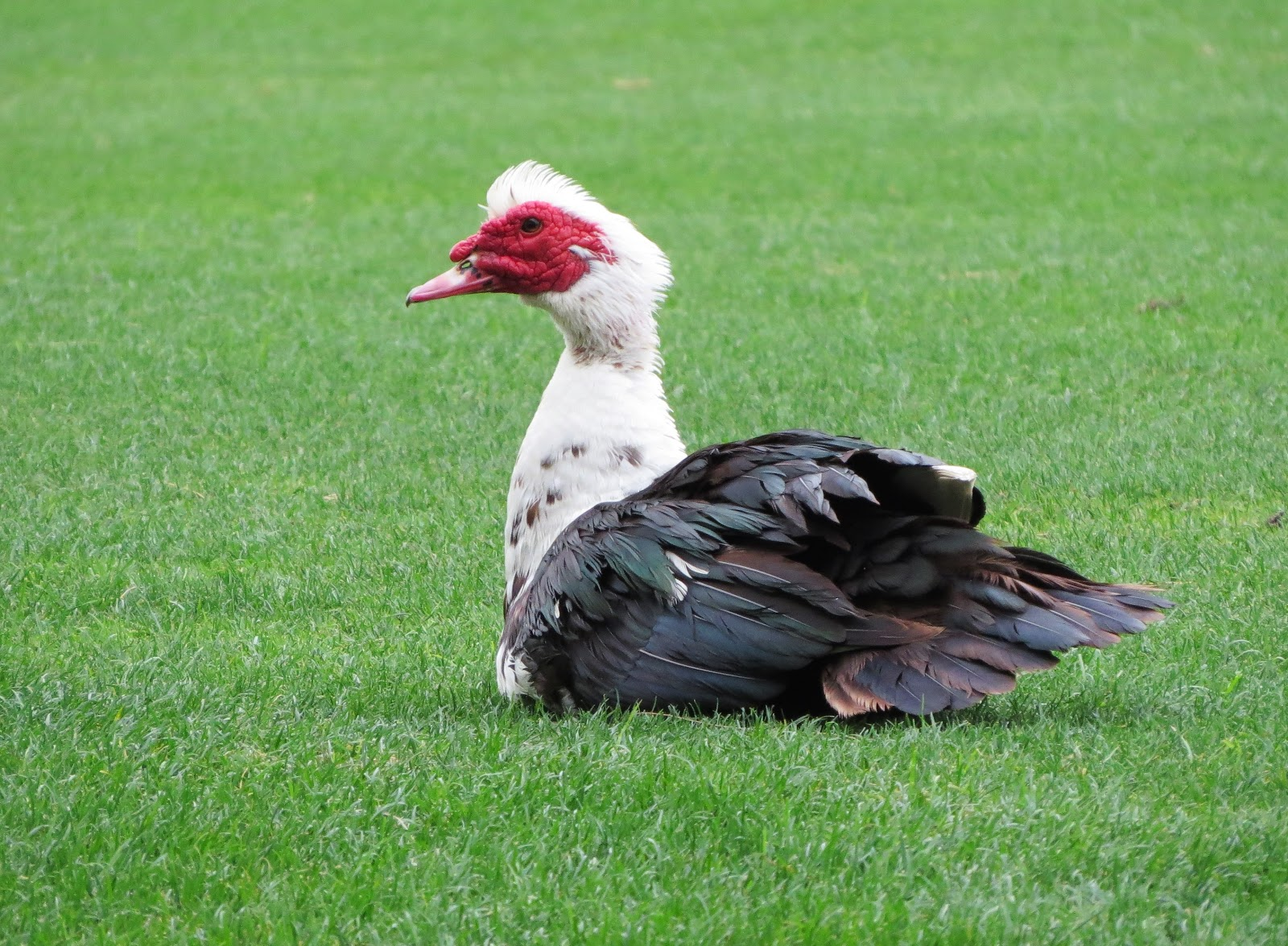 Domestics are generally not counted on eBird lists, but there are two exceptions. Rock Pigeon (Feral Pigeon) represents the wild, free-flying pigeons that occur in cities worldwide; they are distinct from “Rock Pigeon (Wild type),” which corresponds to birds in the native range with wild type appearance and behavior. The general “Rock Pigeon” is an option for individuals of uncertain status.

“Muscovy Duck (Established Feral)” represents feral type birds that have self-sustaining populations in areas like Florida; “Muscovy Duck (Domestic type)” is for the phenotypically identical domestic populations that are not established where they occur. “Muscovy Duck” is for wild birds throughout their native range in the Neotropics.

As with all science, both the Clements taxonomy and the eBird taxonomy are works in progress. New species are described each year, and new splits or lumps are regularly justified. We welcome assistance in keeping up with these rapid advances in bird taxonomy, especially from South America and the Old World.

If you notice any species, subspecies, hybrids, or “spuhs” that are absent, or if you find any errors in spelling, nomenclature, taxonomy, or sequence, please let us know with an email to ebird@cornell.edu. Note that since the eBird and Clements taxonomies update in August, please deliver feedback by early May for changes to be incorporated in a given year’s update.

The eBird taxonomy is updated once a year. You can read the annual updates here:

* Updates prior to August 2012 are no longer available online